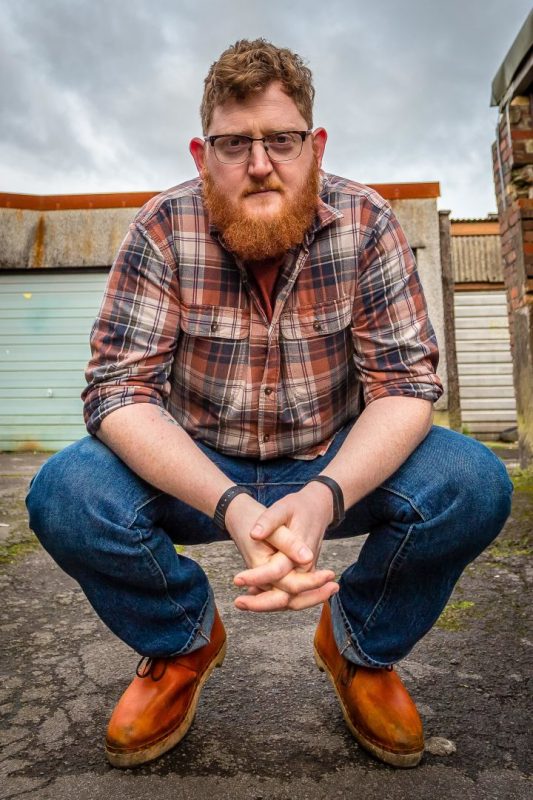 I was raised in the Rhondda Valley and I still live in the Valleys. I attended Ysgol Gynradd Gymraeg Ynyswen and Ysgol Gyfun Cymer Rhondda. I studied Foundation Art and Illustration at the Glamorgan College of Art, Design and Technology before studying for a degree in Creative Writing and Media Studies at Trinity College, Carmarthen.

I’m an artist and bilingual author. My first book, Cawl, a bilingual anthology of short stories, poetry, essays and comics was published in 2016 by Parthian and Y Fawr a’r Fach: Straeon o’r Rhondda, a book for Foundation Welsh Learners, has just been published in 2018 by Y Lolfa. I won a Literature Wales Bursary in 2018 to develop my Welsh language graphic novel, Meibion Abereba with the hope publishing in 2019. My graphic work was part of Y Clwb Rygbi’s 2018 6 Nations championship coverage, creating a comic to be animated for every Wales international game.

I am a bilingual TV presenter on S4C and BBC presenting two series of Pobol y Rhondda, a documentary series featuring the art, culture and people of the Rhondda Valley. I’m part of the Cynefin presenting team, and currently filming the second series through the Summer of 2018. I also write and sing songs on the Jonathan show. I have also presented the grassroots and Premiership matches on BBC ScrumV.  For Radio I’m part of the Urdd Eisteddfod and the National Eisteddfod presenting team on BBC Radio Cymru.

I live in Treorchy, the Rhondda valley with my wife and my daughter.