Pub As The Hub

In this blog Valleys Ale Trails founder Russell Todd reflects on how important pubs were in his community development career.

For the last 16 years I have been working in community development (CD) in various roles across Wales. I fell into it really, as many of us in the sector do, but I have been extremely lucky that it has taken me to a huge number of diverse communities all across Wales.

It has been a priviliege to work with different communities to help them fashion a future that is different to their past. The work has shaped me, made me better understand society and economy, and has frequently been humbling. And pubs were prominent along the way: 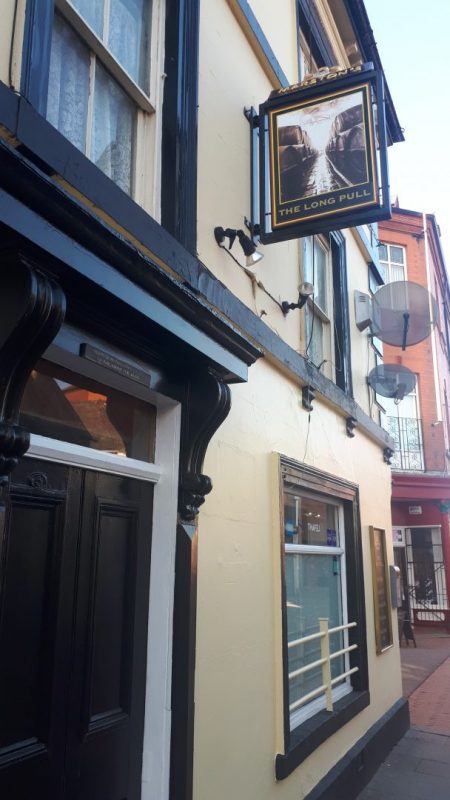 And that’s just some of the north Wales pubs. My two main Valleys ‘patches’ over the years were Merthyr Tydfil and the Islwyn area of Gwent and pubs were prominent here too. Gaining people’s trust is a key element of successful CD and pubs proved to be ideal places to get to know people; over a couple of drinks people would reveal their true selves and common ground, shared experiences could be found.

The Twyn Carmel Inn on the estate of the same name off Merthyr’s Swansea Road was a location of key formative experiences in a role I had there that helped me gain acceptance (by some people at least). It was also where the staff of the local housing team would often have lunch and socials, sharing space alongside local people which was important for removing potential divisions; it would also be a great way of learning informally about goings on locally. The splendid isolation afforded by Manmoel’s eponymous Inn near Oakdale was an idyllic retreat for meetings with villagers on the occasional weekday afternoons it would open.

The distinguished sociologist Ray Oldenburg has written extensively on the importance to a functional civil society of public spaces. He coined these ‘third places’ after the home and hearth (first places) and the workplace (second places) where they facilitate debate, social interaction, serendipity, and where social bonds can be established. For Oldenburg there are a range of third places: café’s, salons, post offices, parks, town squares. And pubs.

Think of the range of characters that pass through the bar in Cheers, the Rovers Return in Coronation Street or Y Deri in Pobl y Cwm. The social hierarchies are flattened; the patrons philosophise, reflect and ponder; often they scheme and hatch plans; invariably they provide mutual support.

However, in some disadvantaged communities public spaces have declined in number and availability. In Hollybush, to the north of Blackwood, the Hollybush Inn was at the time the only space available to hold meetings. Sadly it closed circa 2007 as trade dwindled.

For Oldenburg neutrality is a key characteristic of third places. In Trinant, near Crumlin – a community relatively rich in social spaces – the rivalries and parochialisms that existed occasionally rendered some of them as non-neutral. In this case we would retire to the Pentwyn Inn.

In the former Sirhowy Arms Hotel on Argoed’s High Street the owners of the pub were keen to develop the pub as a community hub, and our community meetings there complemented their efforts to diversify into different services.

I have recently stumbled across successful community share issues to retain or re-open rural pubs such as Tafarn y Sinc in Rosebush, Pembrokeshire or more recently Yr Heliwr in Nefyn, Gwynedd; these suggest that communities retain an association with pubs as valuable community assets or social ‘infrastructure’. This concept of ‘the pub as a hub’ is not confined to rural communities though. The Bevy in ‘a dodgy bit of Brighton’ is a recent co-operative success story of the social value of a pub in a large city. Another is the way in which Radyr residents got behind the initial tongue-in-cheek social media efforts drawing attention to the village’s lack of a pub and turned it into a successful venture. The Radyr Tap opened in October 2018 and many people cited abundant social and community benefits in the consultation on the pub’s planning and licensing applications. 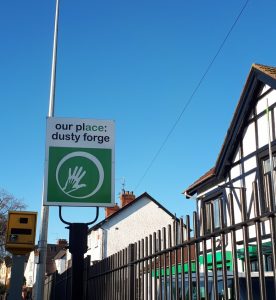 And even if a pub has closed its future need not be residential. The former – and somewhat infamous – Dusty Forge pub in Ely in western Cardiff is now a vibrant community hub and resource centre for community activism, training and employment support, timebanking and a raft of other activities. The nascent efforts of the local development trust, ACE, to revive brewing in Ely – an area with a rich but largely unrecognised brewing heritage – suggests new uses can have a sympathetic nod to a pub’s past should it have to close.

In Wrexham, the Saith Seren pub is a community-owned pub striving to be a hub, not for a geographical community, but a community of interest: those who speak, or are learning, Welsh. It has a vibrant social and cultural offer including music gigs, community meeting space and sporting events, and is keen supporter of independent Welsh breweries.

The monthly Beer Bellies social group at the White Cross in Groeswen near Caerphilly is a terrific example of a pub contributing to what Oldenburg calls “social vitality”. With Valleys Ale Trails we want to complement the efforts of the likes of Mair at the White Cross. To join our mailing list email post@valleysaletrails.wales and connect with us on social media: