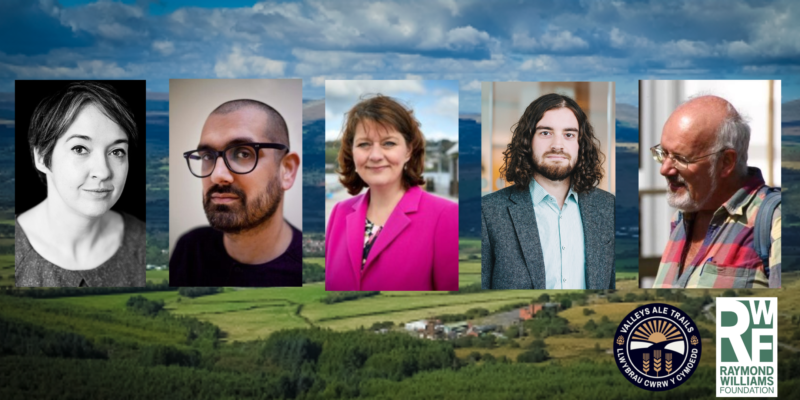 Jude, originally from Swansea and now resident in the Black Mountains, is one of the UK’s leading arts and culture feature writers, with experience interviewing high-profile names for media including The Guardian, Observer, Elle, In-Style, Cosmopolitan, The New Statesman, and The Sunday Times.

Jude is about to publish her brand new book The Sound of Being Human: How Music Shapes Our Lives on White Rabbit.

Born in Swansea, Darren has published academic work on philosophy, education, racism, children’s literature and hip-hop culture. He is a contributor to the bestselling book The Good Immigrant (ed. Nikesh Shukl, Unbound) and he recently co-edited the recent Welsh Plural: Essays on the Future of Wales (Repeater).

Leanne, born in Rhondda, is the former leader of Plaid Cymru and served as a Member of the Senedd from 2003 to 2021.

Merlin is a writer, independent academic and trade unionist. He is contributing editor of The Welsh Agenda and writes about post-industry in Wales, community, culture and Raymond Williams. He is originally from Grosmont in the Black Mountains and now lives in Cardiff.

Selwyn is a director of the social enterprise Cwmni Bro Ffestiniog and they have a project called ‘Pontio’r Cenedl | Bridging the Nation’ the design of which is influenced heavily by Raymond Williams and especially his belief that ideas – having been formed in specific places – must federate in order to achieve lasting change. Selwyn will explain further about the project and how people in south Wales can contribute to it.